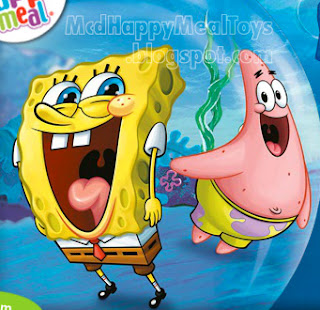 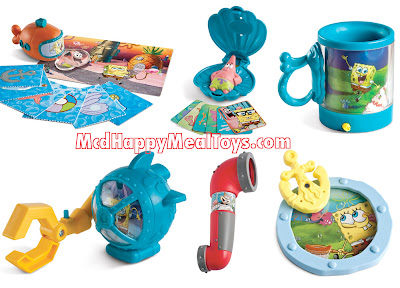 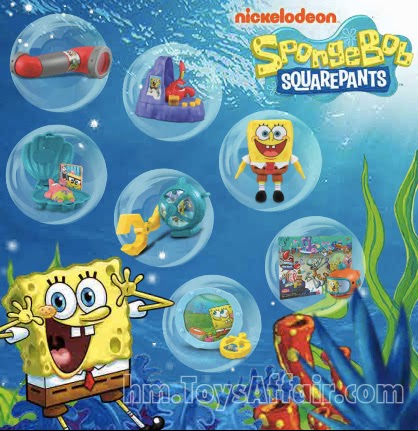 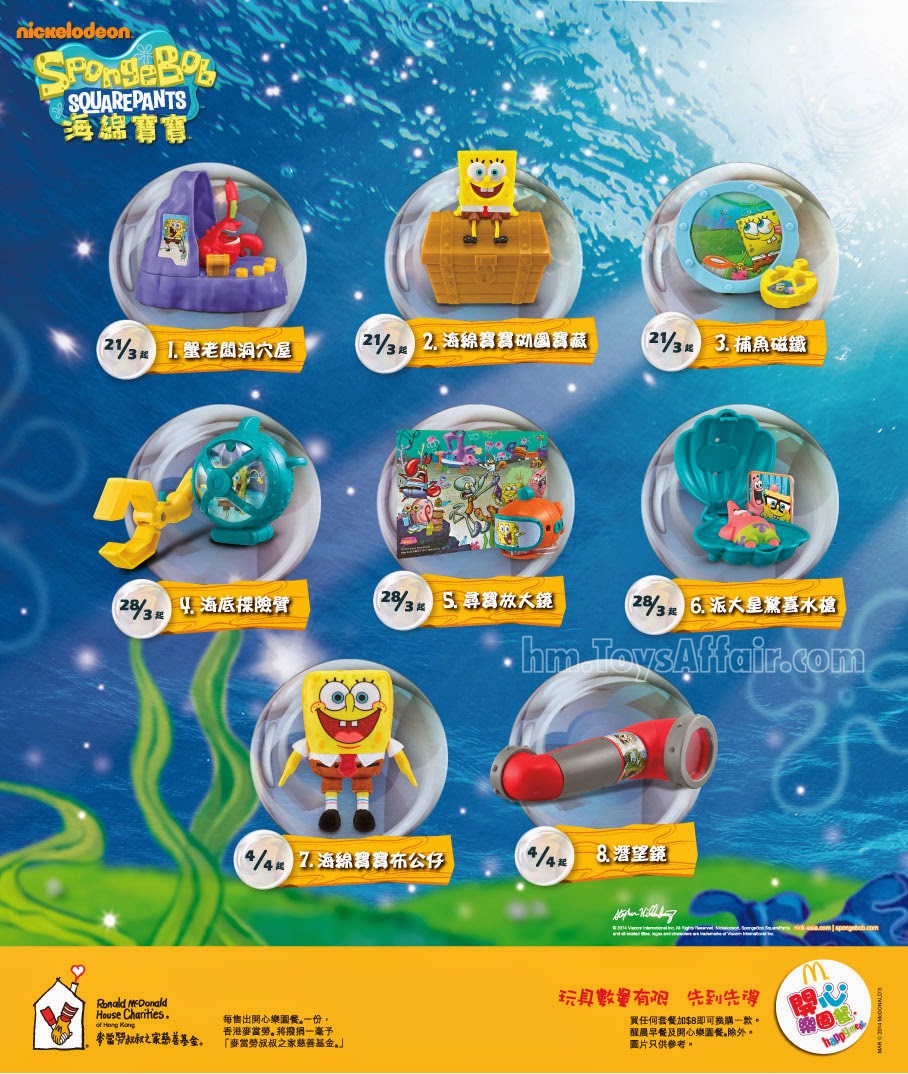 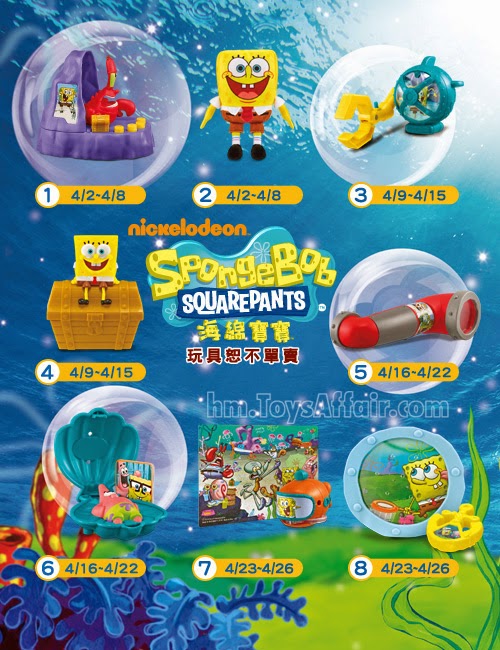 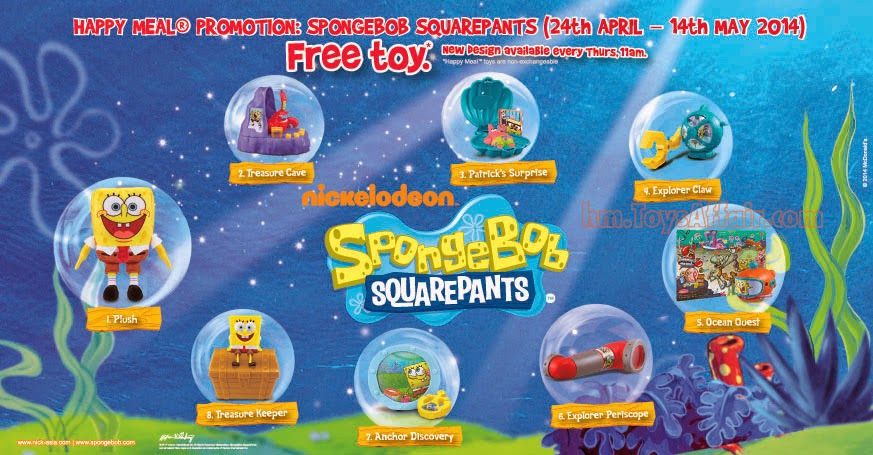 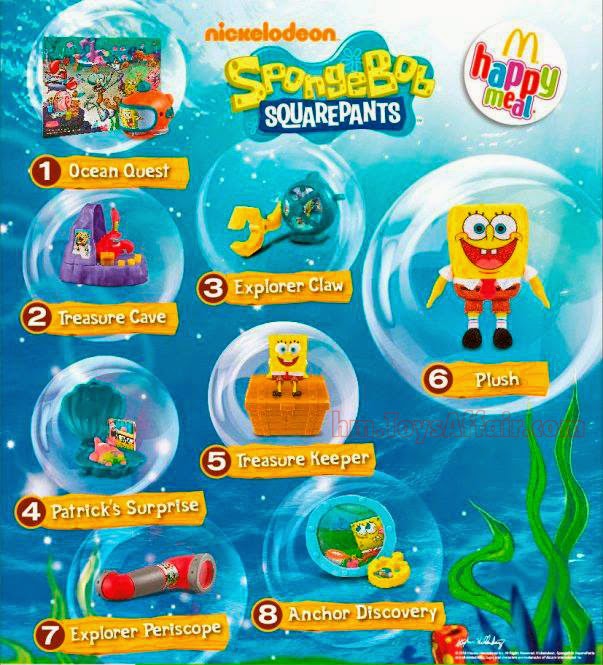 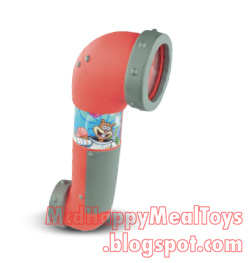 Explorer Periscope
Use the periscope to look underwater to explore the underwater
world or around corners. 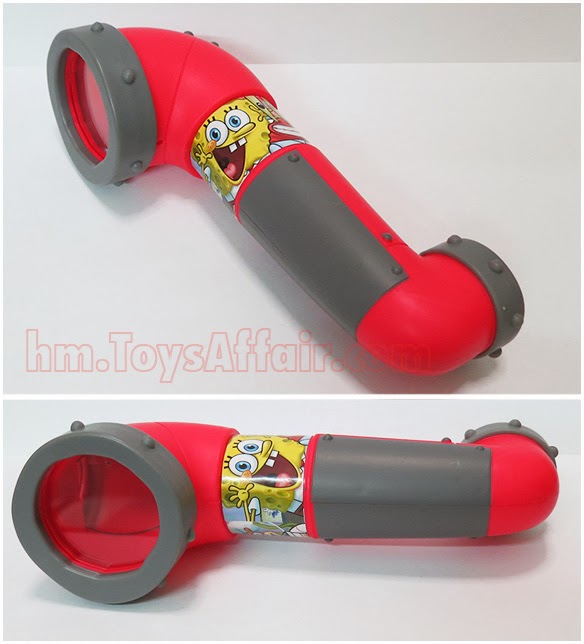 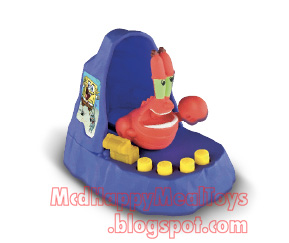 Mr. Krabs’ Treasure Cave
Press the buttons, but be careful! If you push down the wrong one,
Mr Krabs will jump out at you! 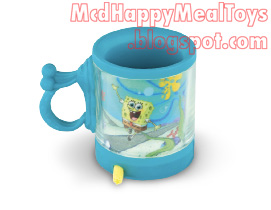 Ocean Journey Mug
Pump the button continuously to make SpongeBob and the other
underwater creatures swim around. 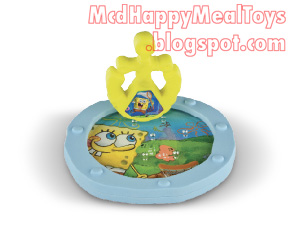 Anchor Discovery
Use the magnetic end of the anchor to magically move the
underwater creatures into SpongeBob’s net! 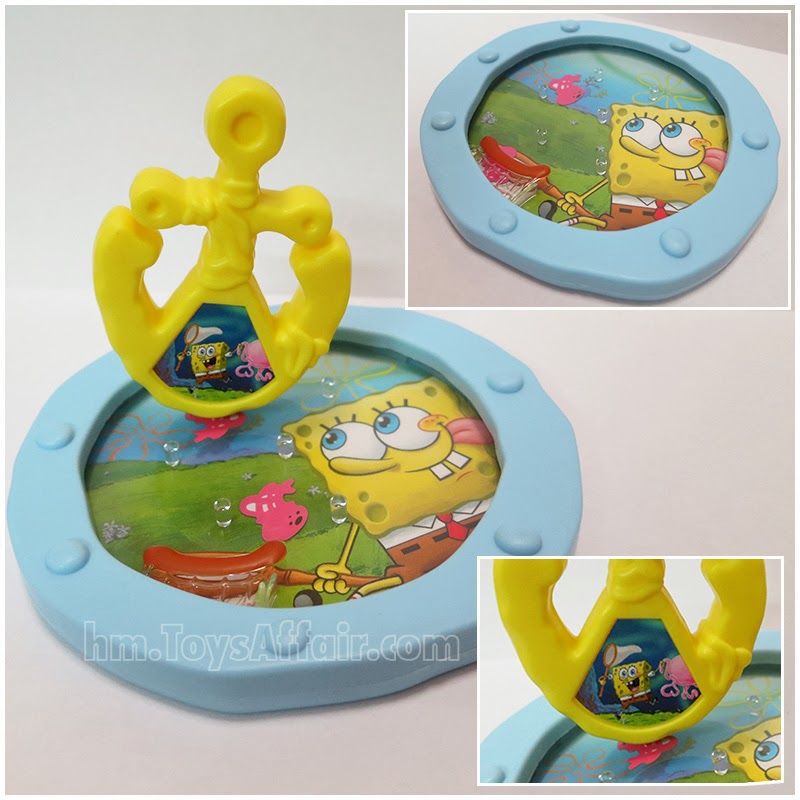 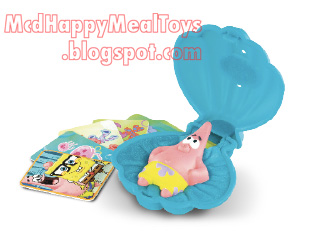 Patrick Shell Shock
Fill the toy with water. When the shell is opened Patrick will spray water! Also play with the SpongeBob card game that is included to have fun with your friends! 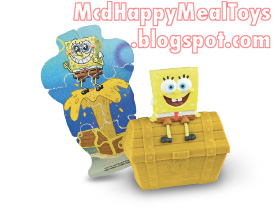 Treasure Keeper
Store your secret treasures inside. It also comes with a SpongeBob jigsaw inside
that you can play with to create a cool SpongeBob scene. 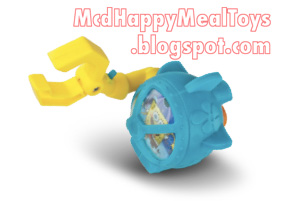 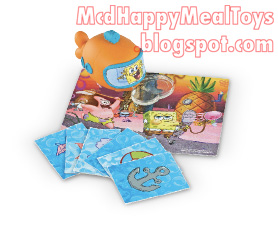 Ocean Quest
Choose a random card. Use the magnifier to find the card’s object in the map.
The map comes as a 2-sided 4 color games so there are different levels to play at! 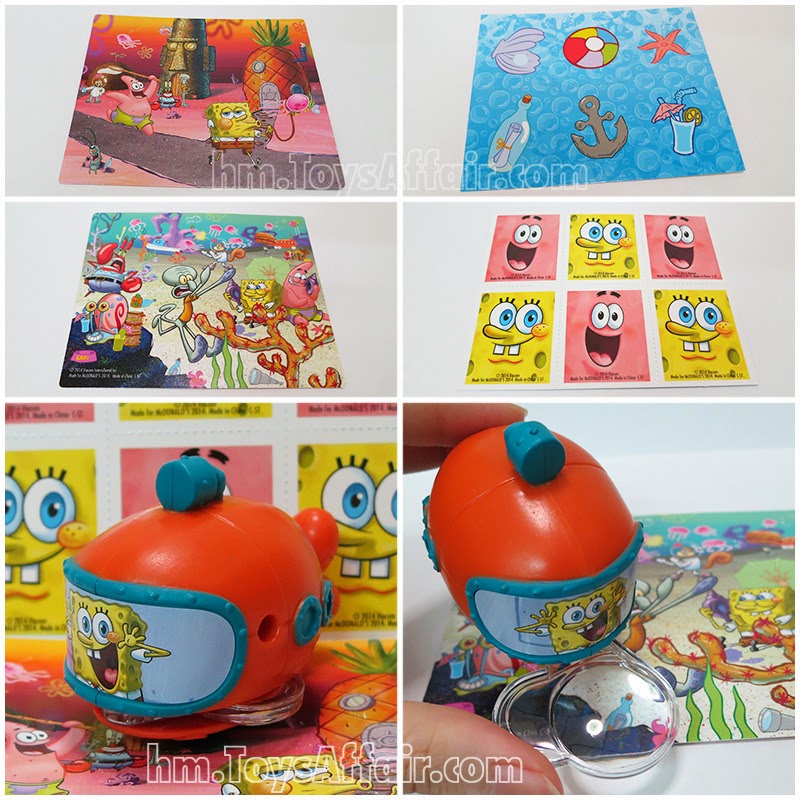 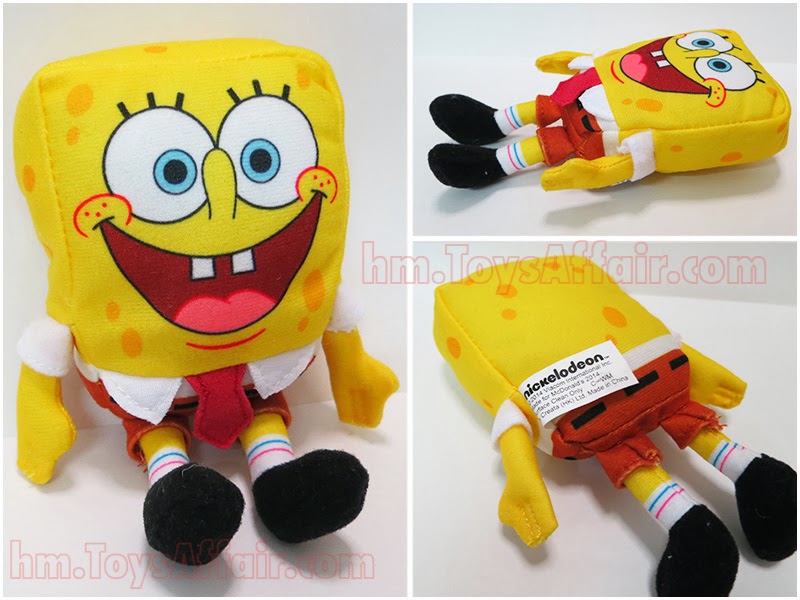 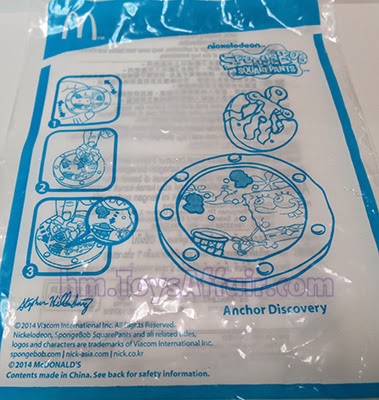 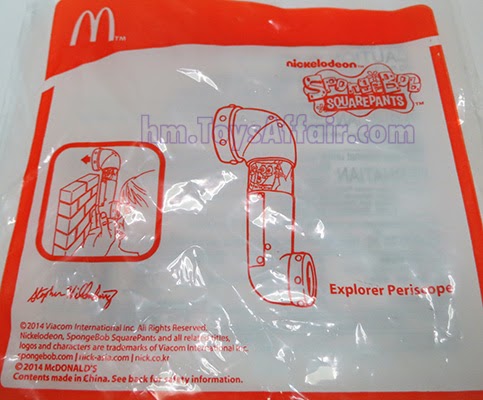 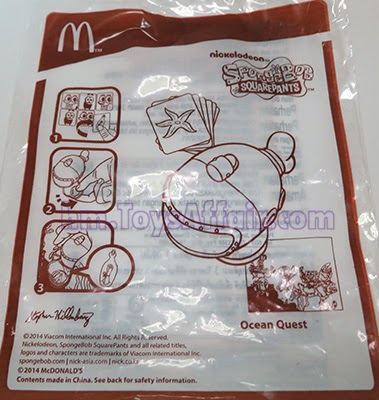 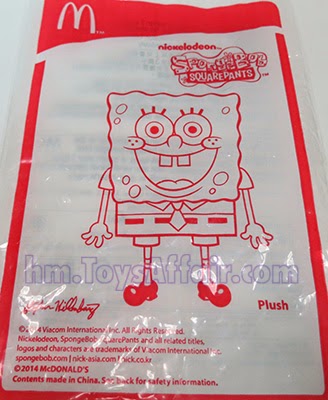 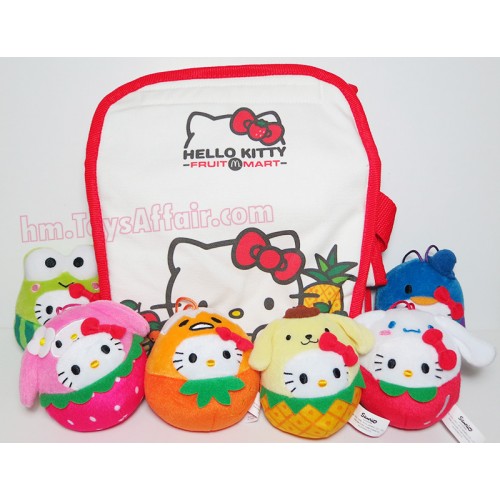 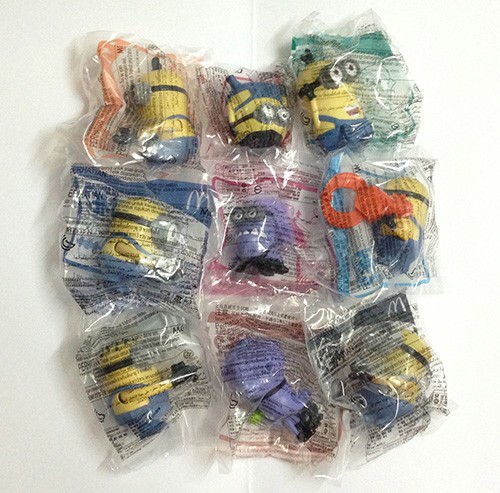